Two flutists (and a tabla player)

Posted on February 18, 2019 by Suhita Shirodkar

Friday night we attended a lovely little concert at the Saratoga Foothill Club in a gorgeous hall designed by Julia Morgan.

This first piece was a quick pre-concert one to capture some feel for the lovely wooden panelling in the hall. Ray came on stage towards the end of my sketch. 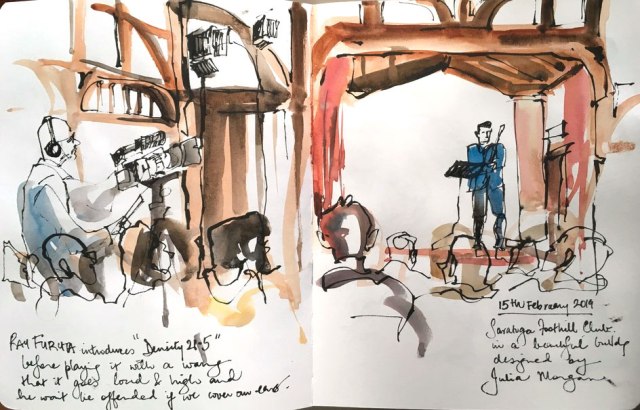 Ray started off the concert and towards the end of his set, Prasad joined him on stage and they improved and played together for a short while. 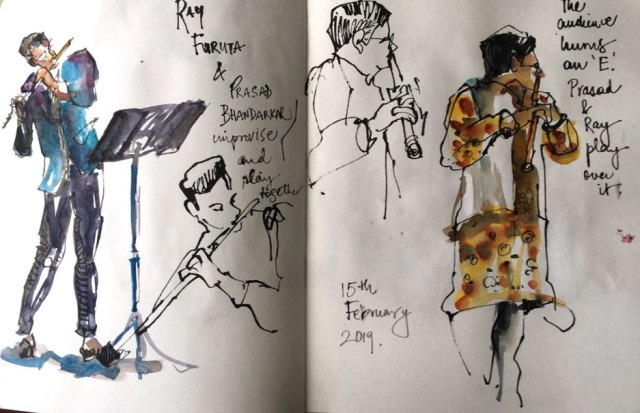 And then Prasad played the last set with Akash on tabla. 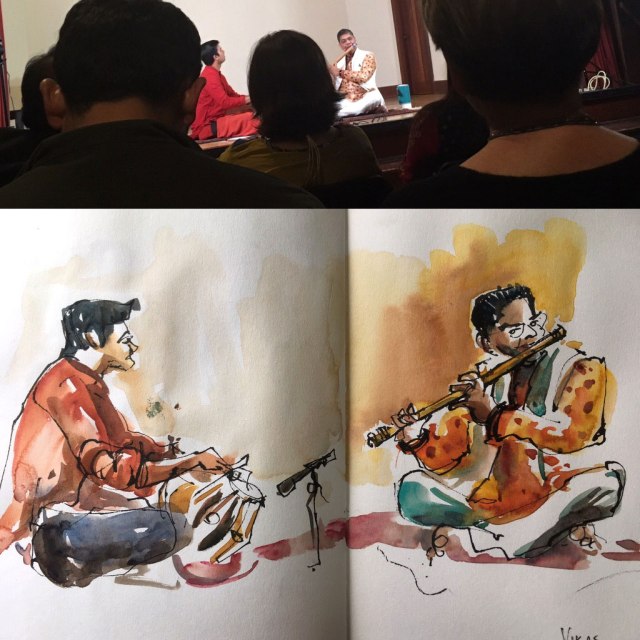 I sketched from a few rows back, but the lovely thing about sketching is you can “zoom in” and draw what you want to in your book eliminating things (like backs-of-heads), stitching together stories  as you go.

3 Responses to Two flutists (and a tabla player)