Posted on February 16, 2012 by Suhita Shirodkar

The American Mall is one of the most bizarre man-made environments there is. It is also testimony to the fact that humans can get used to anything. Where else do you walk past headless, limbless casts of human bodies without blinking an eye? Or stores that look as ominous as halloween stores, but aren’t? I try REALLY hard not to go to a mall, but when my Mac broke down last week, the closest place to fix it was…. The Mall! Here are some sketches from my visit.

The Apple Store. I spent a good amount of time standing outside while a ‘genius’ looked at my Mac.

Is nobody else bothered by the headless, limbless mannequins ??

Or by the positively ghoulish store that sells Raiders Merchandise: an all-black store with creepy halogen-like lighting? 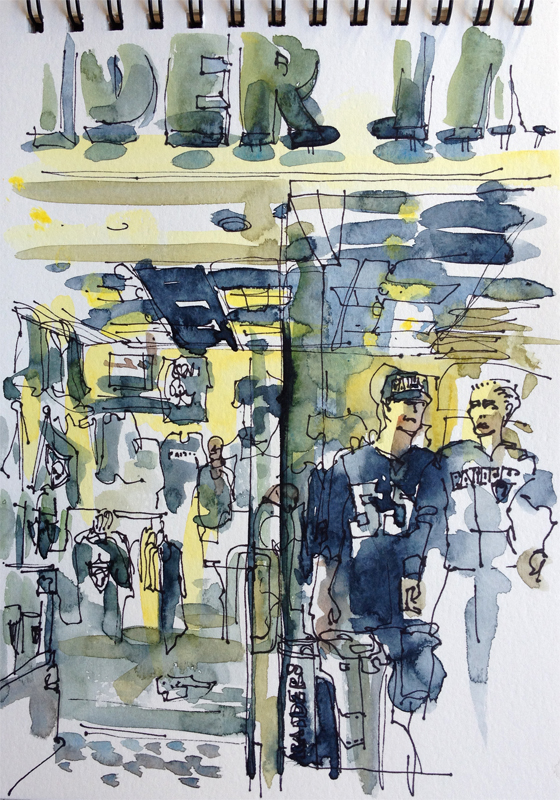