Marking a year since the first Women’s March: The Women’s March Worldwide, 2018. And again, San Jose marched. Here it is, in sketches. Final turnout numbers aren’t in yet. But one thing’s for sure. The sentiments of last year are not forgotten. The resolve is stronger. And we’re taking our Power to the Polls.

My sketchkit. Handheld, for drawing while we walked. The pink highlighter is key. As is the pussyhat. And my book with a sketch from last year on it’s front. 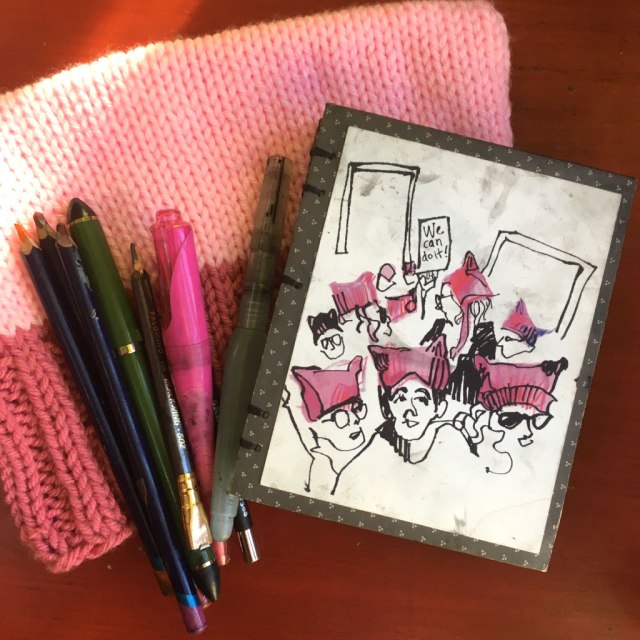 Yes, the sketches are shaky, splotchy, and messy. I sketched while we marched. I dropped my pen a few times. Someone marching by me always picked it up. 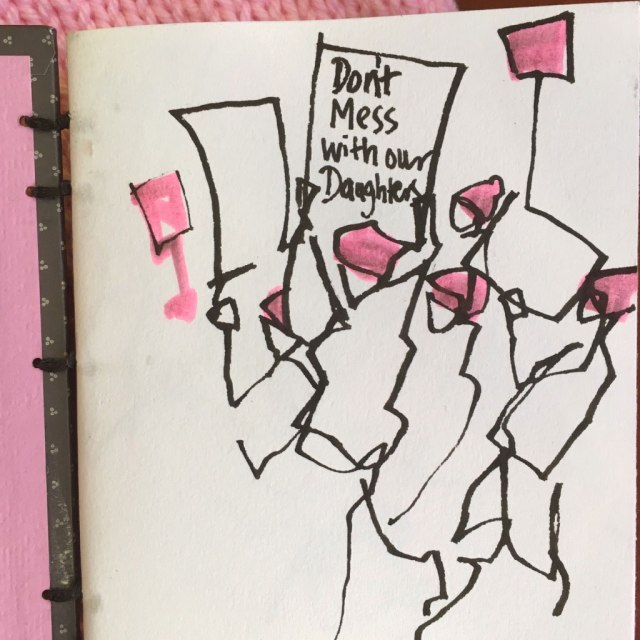 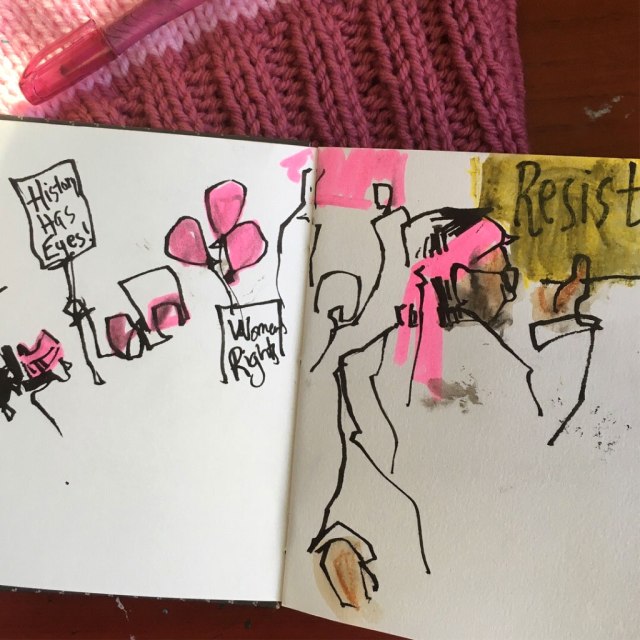 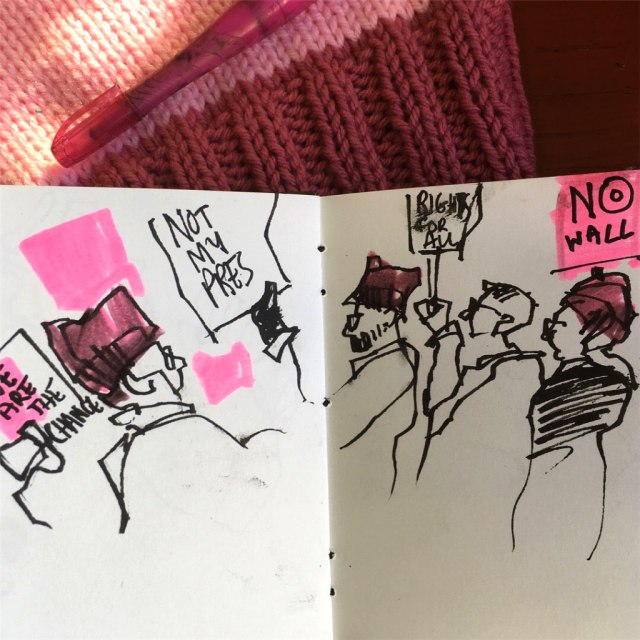 Yes to the “Power of WE” 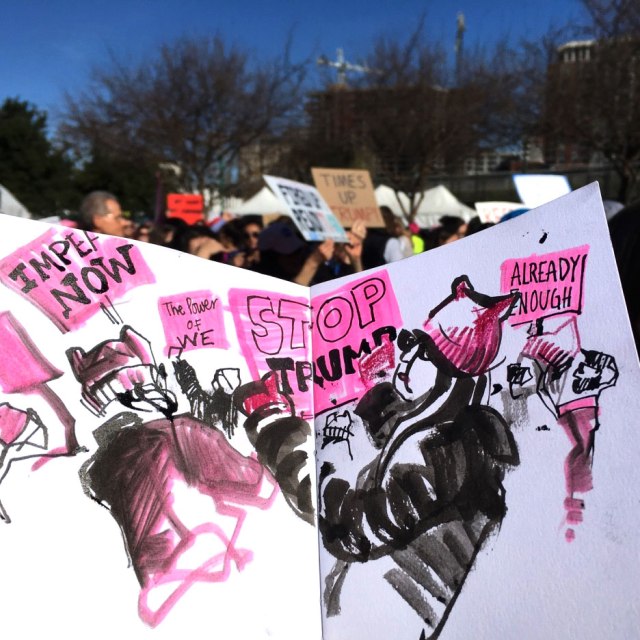 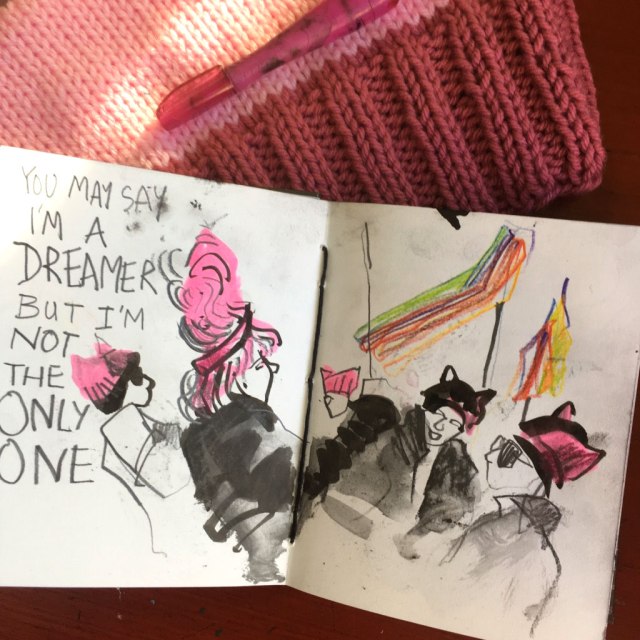 Kids at the march, because it matters. 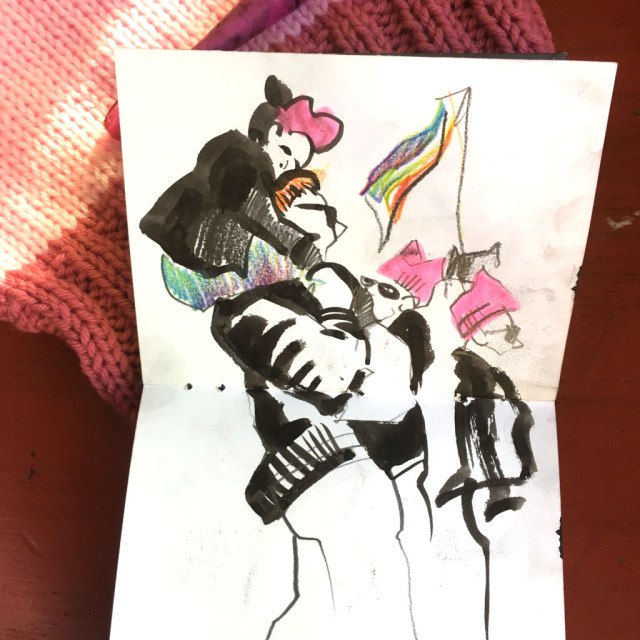 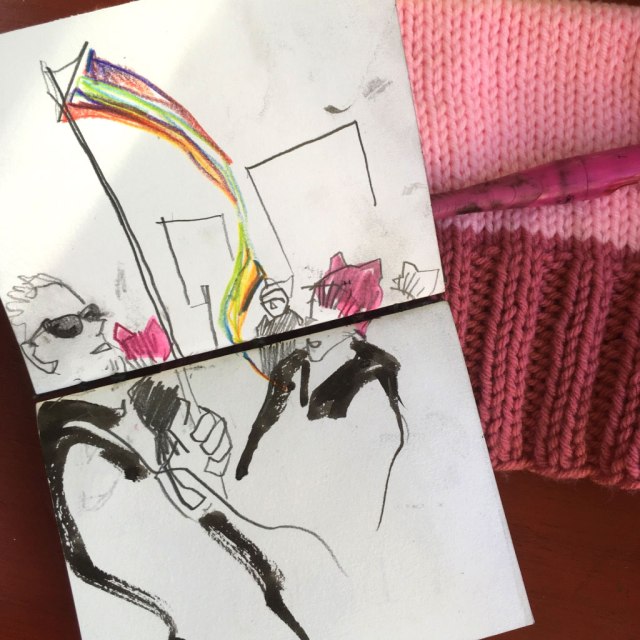 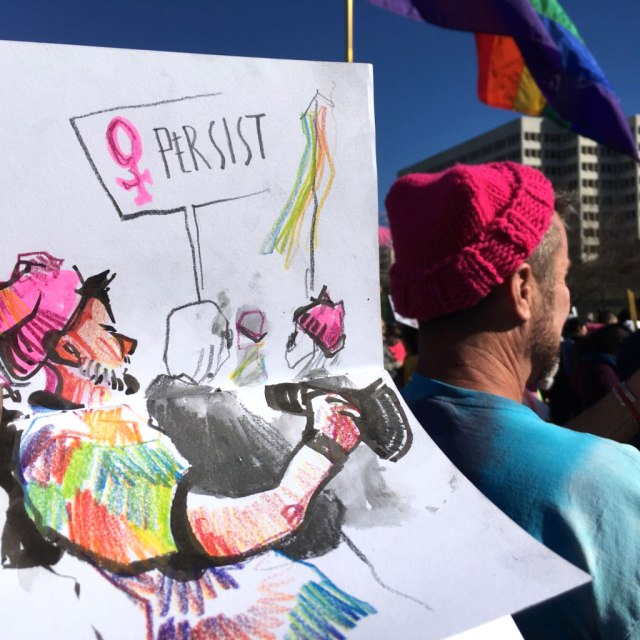 Last year, I did a fundraising campaign called Postcards for Democracy where we, you and I together, raised money. The postcards are still available here, and all profits go to ACLU and Planned Parenthood. 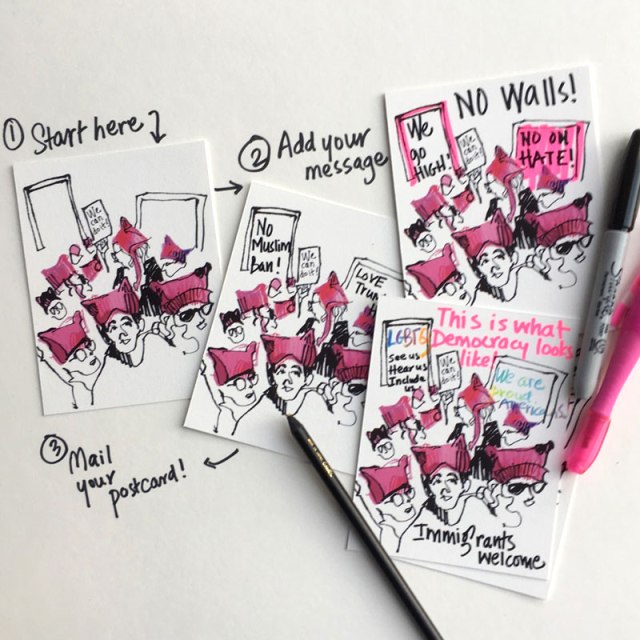 Thank you, again, San Jose. Thank you marchers everywhere. Those that could get out and march, and those with marchers, in spirit.