Back in Mexico City , Part 1

Posted on January 9, 2018 by Suhita Shirodkar

6 years ago, I visited Mexico City for the first time. So I was excited to go back for a few days before heading to San Miguel Allende.

Nothing like starting out with a meal at Cafe de Tacuba. Ornate cherubs and a timepiece over the doorway. Servers in starched whites bustling about. Enchiladas in verde sauce for me. 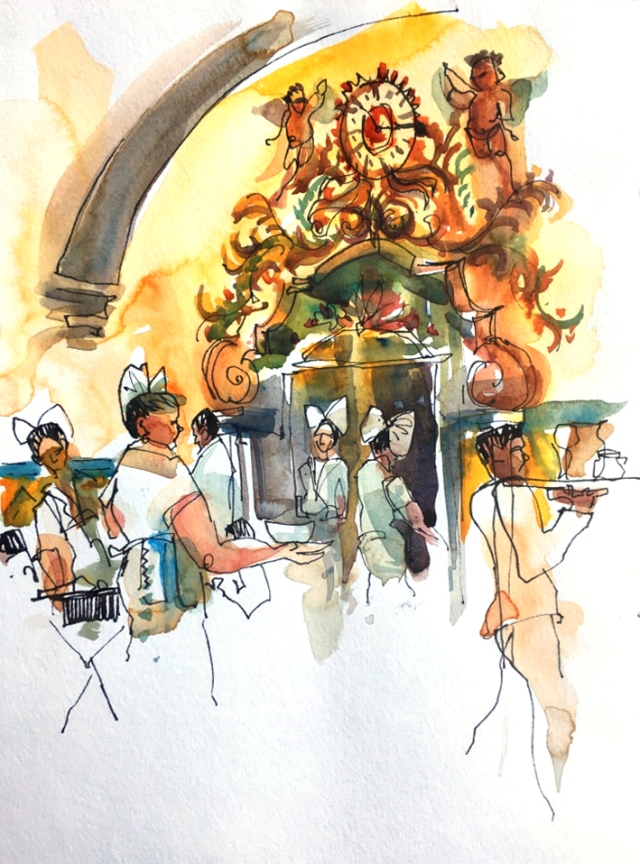 Day 1, sketching with my son in a back alley near the historic Centro. The trouble with this city is that everything is eminently sketchworthy, which means I don’t get far from my starting point. This was literally steps outside our hotel. 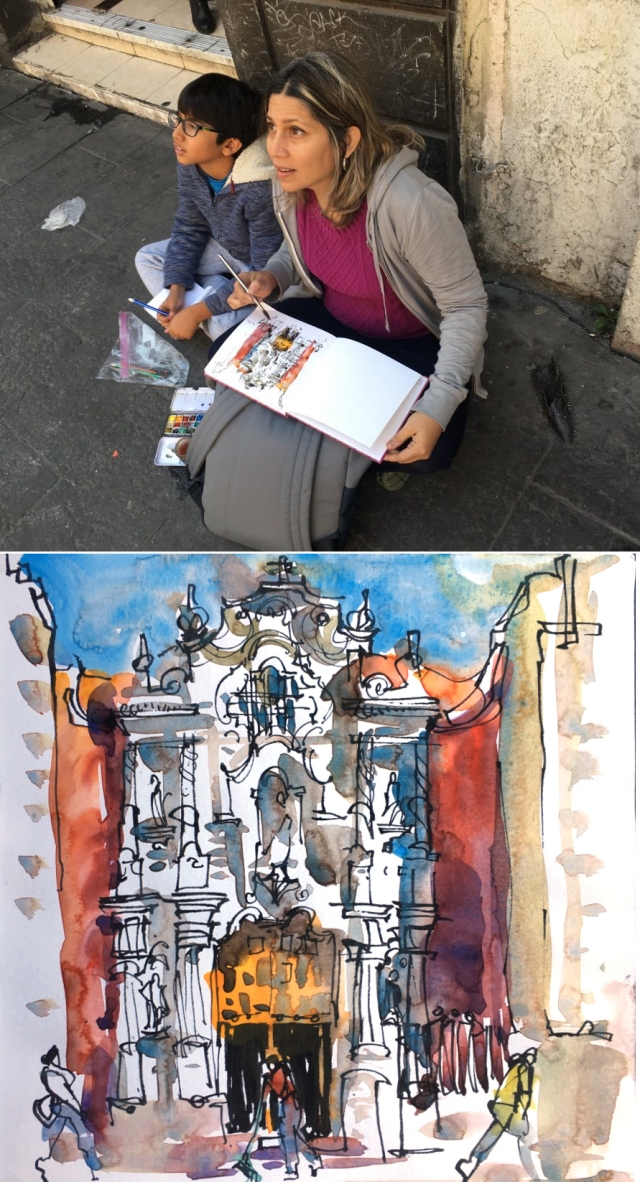 A short walk and we’re approaching the main Zócalo in Centro, the historic downtown district of Mexico City. People queue up to receive a limpia, an Aztec shaman cleansing. This guy wore a full length wolf pelt and the air was thick with the smell of burning herbs. 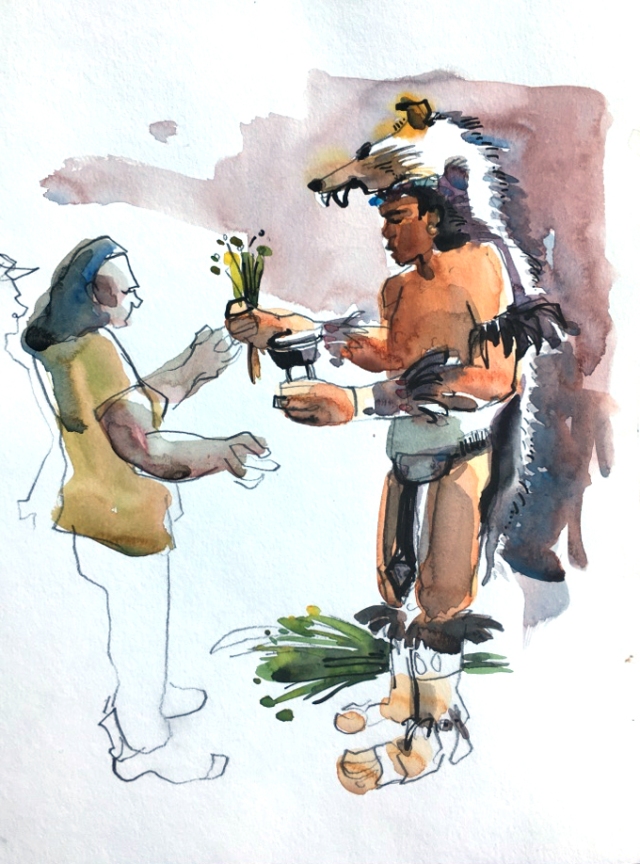 The ruins of Templo Mayor from the Aztec capital city of Tenochtitlan sit right in the Centro, surrounded by the city. It’s an uncomfortable juxtaposition that speaks to the history of the country: Aztec ruins surrounded by grand Spanish architecture built practically over it. 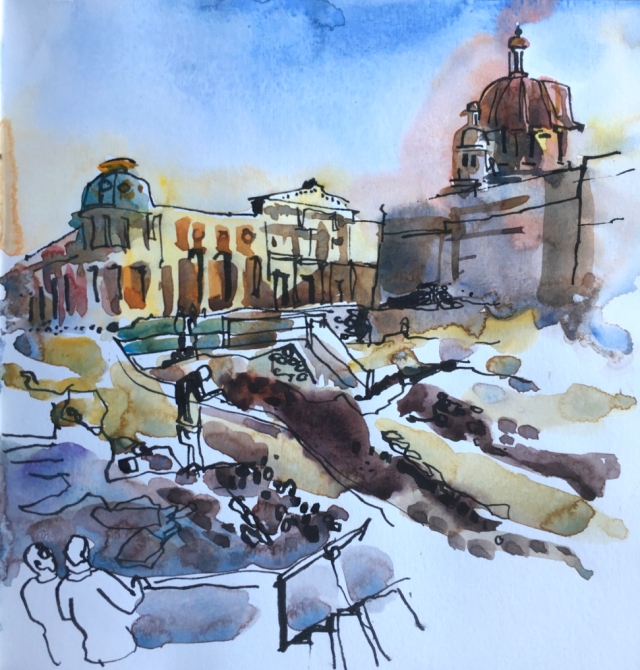 Harmonipans, portable hand organs, are played everywhere in the city. Passersby drop coins into into the players hand (or hat, if they’re holding one in their hand). Only very few songs seem to play, over and over. If you are going to develop an earworm, it will happen on the streets of Mexico City. 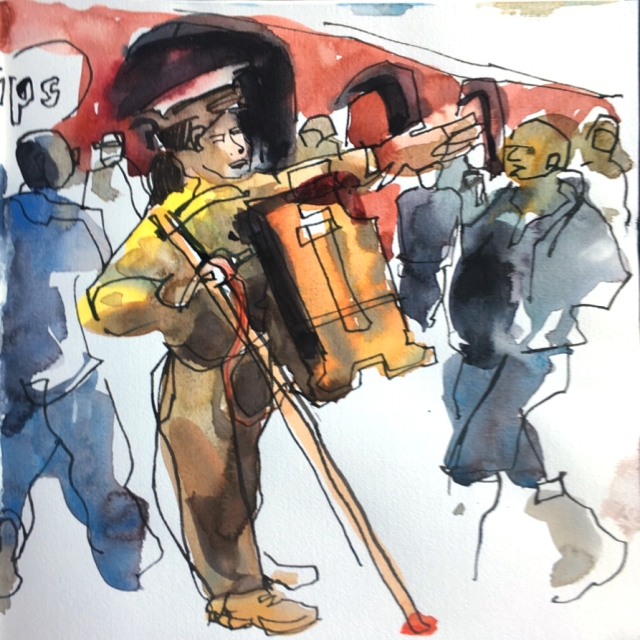 It was the holidays when I visited and the center of the zócalo had a huge Christmas tree. There’s never a time, day or night, when the zócalo isn’t packed with people. Hanging out, enjoying an evening with their kids, eating a snack from a streetside vendor. In the background is the Mexico City Metropolitan Cathedral, the largest cathedral in the Americas. 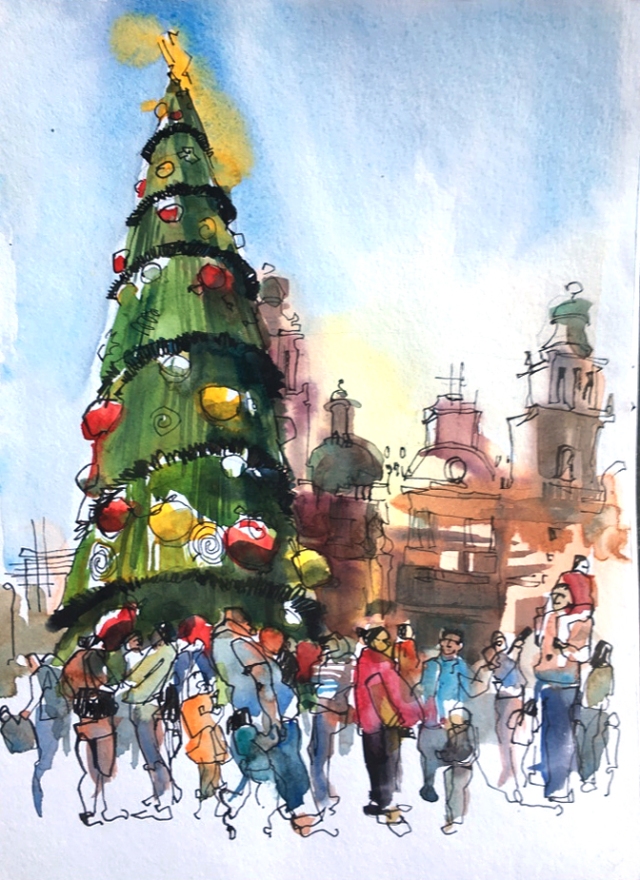 Darkness comes early, but that doesn’t mean the action ends then. Balloon vendors sell these wonderful rocket-shaped balloons and we spent almost every evening sending balloons as high into the air as we could. Here’s a night sketch of the inky sky littered with rocket-balloons. 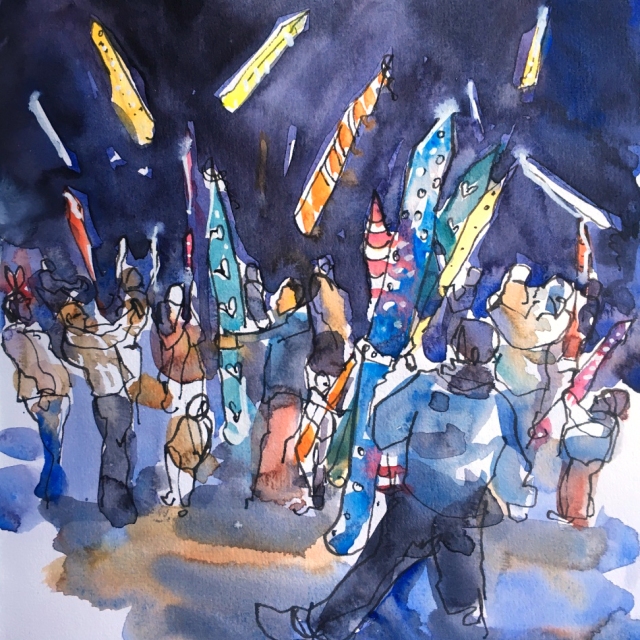 11 Responses to Back in Mexico City , Part 1