About a year ago, I posted this piece on painting pears  that I painted with my daughter. Here’s the next installment in that “Beginnings” series ( if you can call a post a whole year later a part of a “series”): Drawing a doughnut. Or donut, whichever way you like to spell it.

Why “Beginning”? And why with my kids?
Beginning because I’d specifically like to simplify the process for someone who is new to it: no talk of fancy pigment names and granulation, no technical terms and discussions of sable brushes versus… you get the drift.
And my kids? Because they’re readily available. And if they get it, anyone will.

It was a short drawing and painting session: about 20 minutes. Here my notes, as we chatted and drew: I tried writing down the main things I told them. And on the right, our setup. 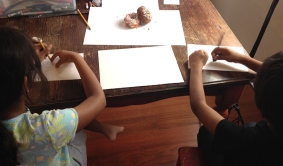 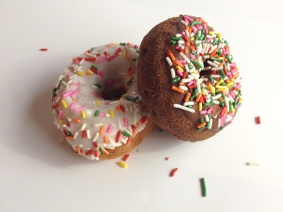 I think my notes pretty much say everything: If you can paint a convincing hole ( which we did first) and shadows ( which we did next) , you’re done with the hard part.

Here’s my 8 year olds donuts in stages. Of the three of us, he had the easiest time with really observing the quite-wonky shape of the donuts: he wasn’t one bit tempted to make them look like perfect rings. 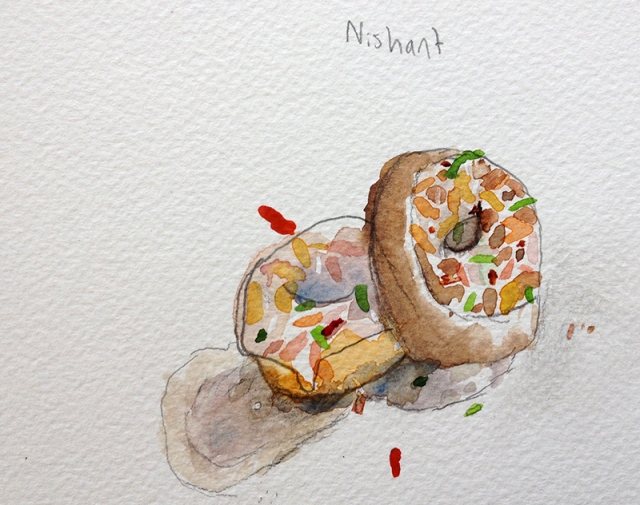 And here is my 10 year old’s version: 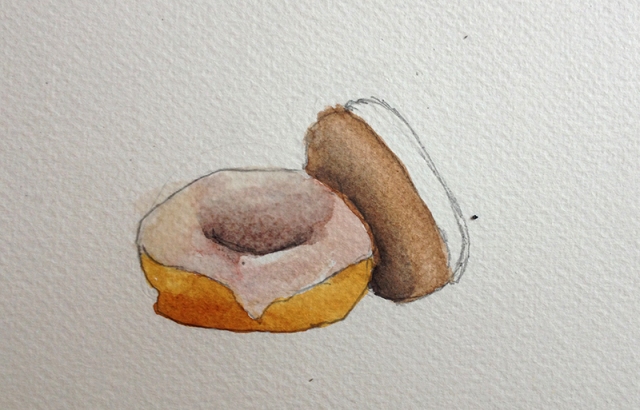 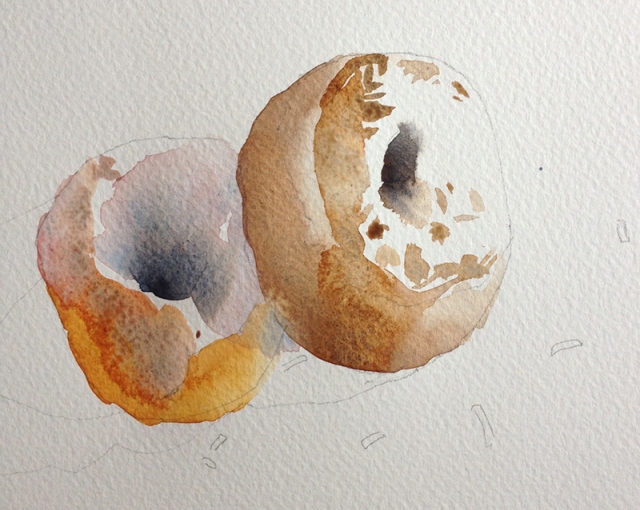 It’s fun to think and draw like this: We keep it simple, and we don’t fuss around too much. I have to pick a couple of things to talk about and not overload our discussion with information. Interestingly, we didn’t really talk much about color choices, or color mixing or brushwork…We talked almost completely about really trying to see: shadows, holes and forms- the stuff under the brightly colored and quite distracting sprinkles.

One last shot of our finished sketches, and then the doughnuts were gone.

obsessive-sketcher. graphic designer.
View all posts by Suhita Shirodkar →
This entry was posted in Food, How to, teaching and tagged beginning, donut, doughnuts, how-to, painting with kids, teaching, watercolor. Bookmark the permalink.