Posted on February 24, 2016 by Suhita Shirodkar

Visiting Universal Studios is like being inside a Bollywood movie. Everything is so over the top. Like the Waterworld show , 20 minutes of mad action, a passing attempt at a plotline, lots of splashing water, a few blasts and a pretty spectacular plane landing. This is an attempt to capture the rusty, broken down ‘world’ sans the airplane. 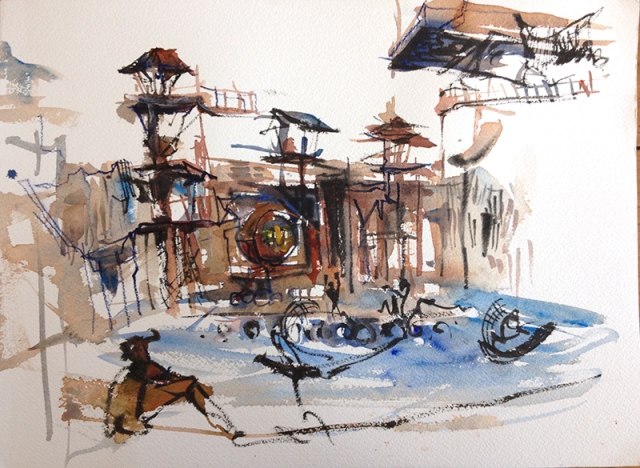 And this is a land called Silly Swirly that looked a lot like a Dr. Seuss world. 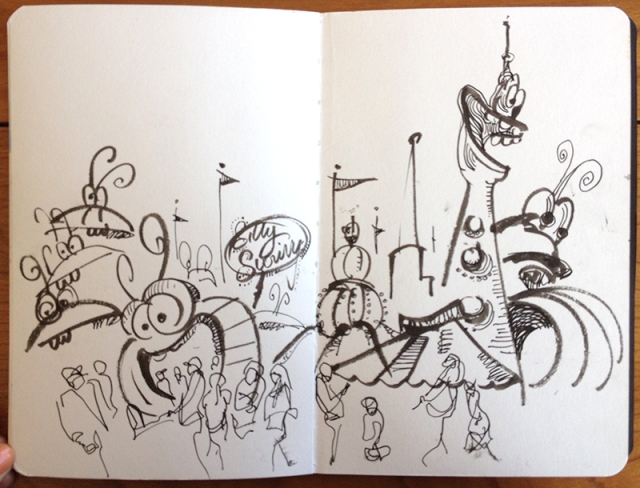 The big bonus was that the Harry Potter world, only due to open in April this year, was doing a fully-functioning practice run. My favorite part of it was the snow-covered roofs and bent chimneys. I think this is how I like my snow best of all: fake, with ambient temperatures around the high 70s. 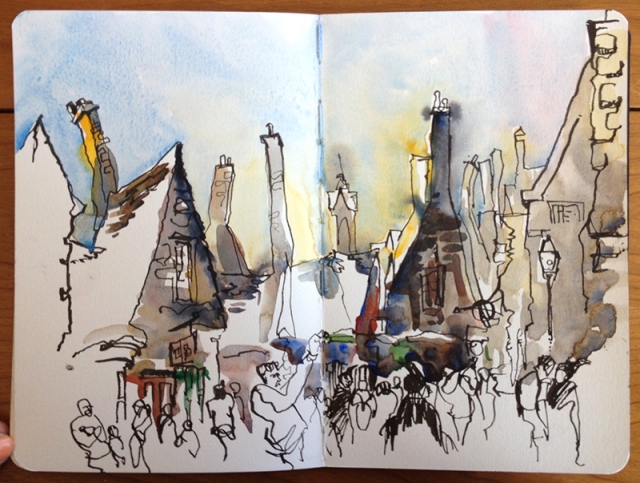 And this last piece, near the Simpsons ride is pretty large: a 10×14 sketch on Arches Cold Press paper. I enjoyed mixing media here: A very soft graphite pencil, watercolor, brushpen and some white gouache. 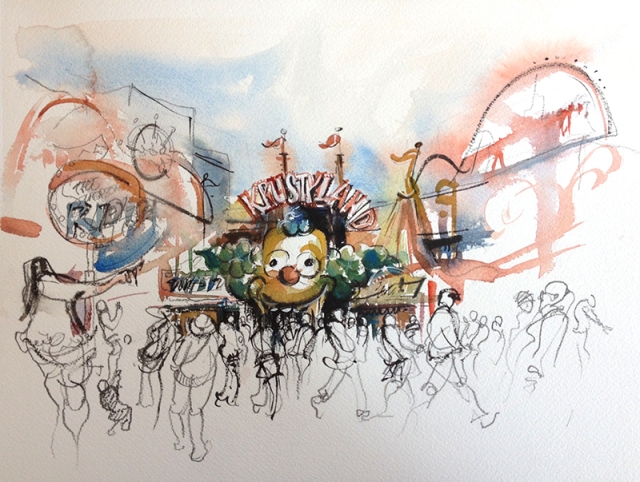