Until last week, the word ‘desert’ conjured up for me a huge barren landscape with not much to see. My week in Joshua Tree National Park, Sedona and Tuscon wiped that image out of my mind completely. What a strange, magical landscape there was to see, everywhere I went. Here are some sketches of rock formations and cacti that fascinated me.

Skull Rock, Joshua Tree National Park. Scrambling up boulders and finding little passageways and ‘caves’ was as much fun for me as it was for my kids.

I just love the Seuss-ian Joshua Trees. (A Joshua Tree is not a cactus, it’s a part of the Yucca family). Each one is so different, I could have sketched every one of them. 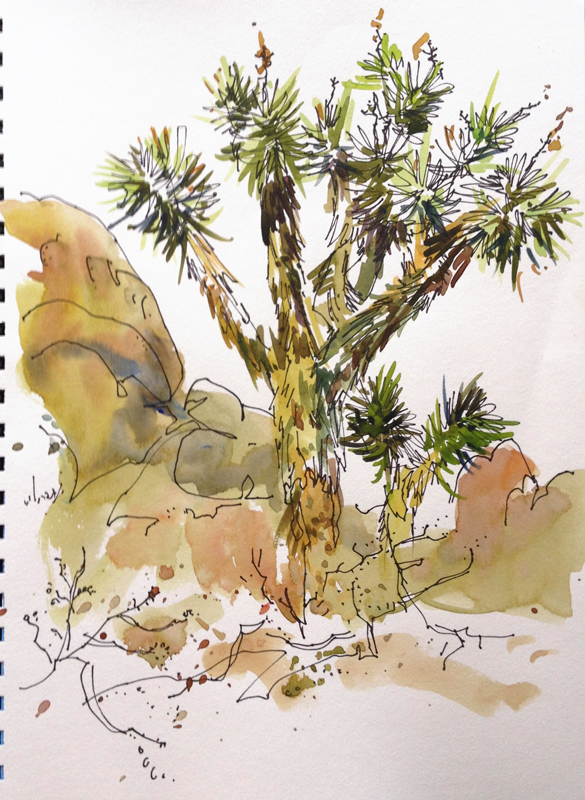 From Sedona, Arizona: sketches of the red rocks, all done on hikes.
Bell Rock, as we scrambled up Upper Bell Rock Trail. (Next time I will sketch on the way DOWN, so I don’t end up scrambling up with an open, wet sketchbook in hand)

Cathedral Rock, from a nearby mesa.

And Coffepot Rock, sketched from Teacup Trail. ( yes those are real names, look them up!)

And this really quick sketch of the desert landscape as it looks anywhere in Sedona. Red rocks, cacti, and bright ochre on the ground. 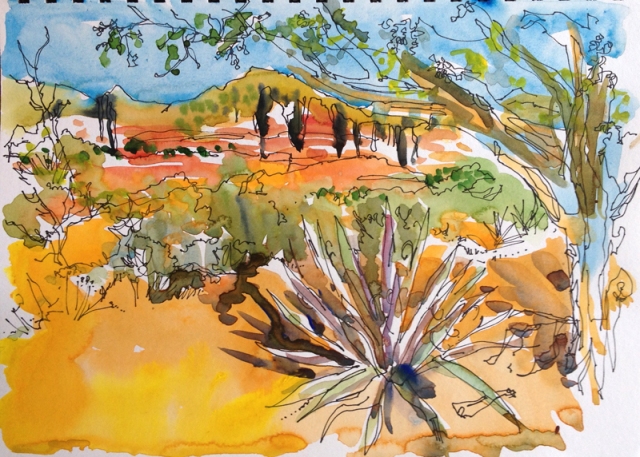 I started the sketch below at the Grand Canyon. It was freezing. It’s hard to capture scale, and I was just starting to draw in the little people on the rock to the left- see those tiny ant like figures standing dangerously close to the edge?- when I knocked my water container into the canyon 😦 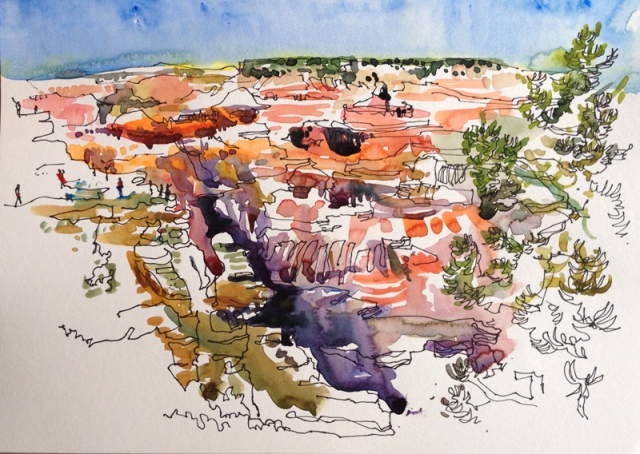 And the cacti in Southern Arizona? You can tell from my sketches I went pretty crazy drawing them. The Giant Saguaro were my favorite, but there were so many other fascinating kinds too. 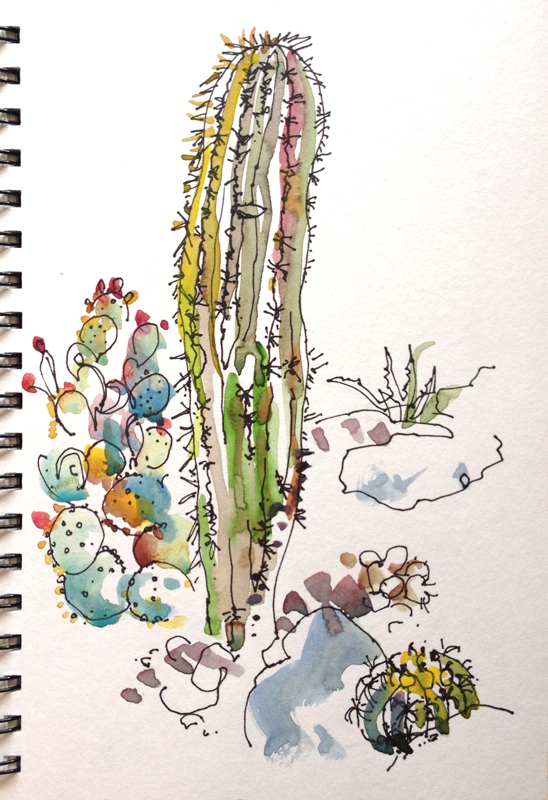 If you know what the kind in the sketch below is, let me know.

Here’s a whole bunch of fascinating ones at the Sonoran Desert Museum.

Another one of my favorite Giants with Prickly Pear.

I made this last one very, very quickly just as the sun was setting at Saguaro National Park. For a very short time, the landscape was dotted with tall golden rods of cacti and the hills were purple in the distance.

Lots more sketches from my road trip through the desert in this flickr set.