My many Indias. Part 2: Mysore

My kids and I took off from Bangalore for a 3-day trip to Mysore. Mention Mysore and you either hear about Mysore Palace or Mysore Bondas. I sketched both.

Mysore Palace is a mad hodgepodge of Hindu, Muslim, Rajput and Gothic styles. Apparently this style has a name (thank you wikipedia!) It’s called the Indo-Saracenic style. I loved that the crazy architecture was echoed by the milling crowds on the palace grounds and the scores of pigeons in the sky. (More abut the trouble with pigeons flying overhead while you sketch- in a later post.) 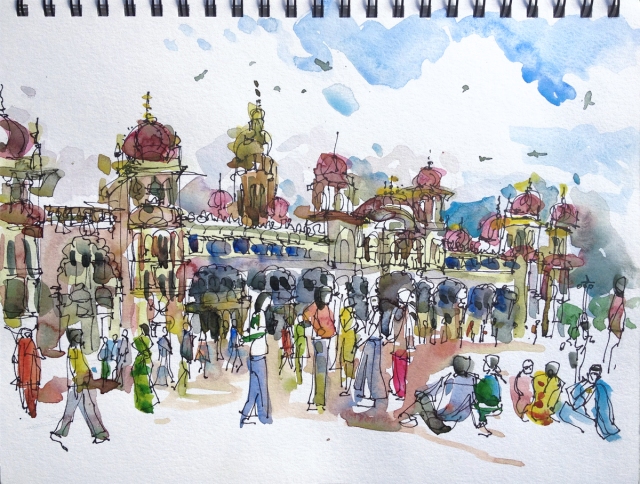 This lady, who sat next to me on the train to Mysore, recounted her childhood in the city and the excitement over the Dusserah celebrations, when the Maharaja would step out all dressed in his finery and jewels.

This is one of the gopurams, the gateways to the palace grounds. Inside the grounds, we went on camel and elephant rides. 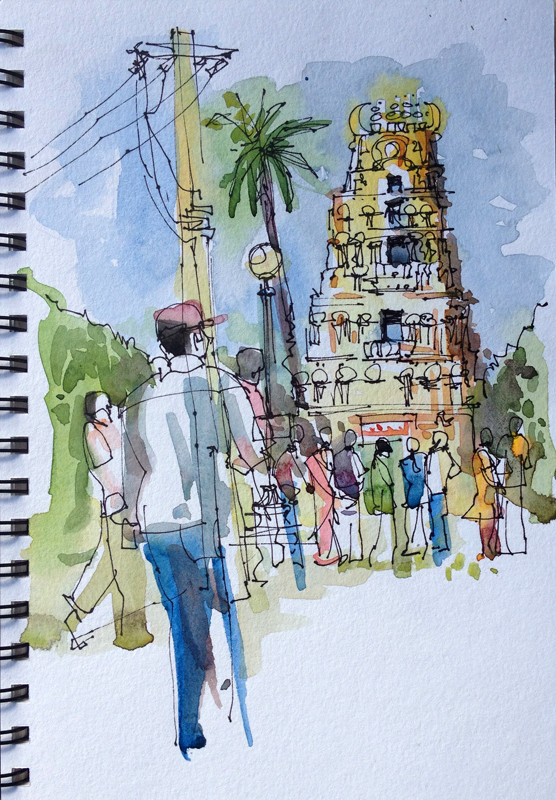 A rare sketch that isn’t brightly colored: a view of the rooftops from our hotel room.

A gorgeous specimen of a train at the Mysore Rail Museum. My favorite feature on these old trains is the cowcatcher. 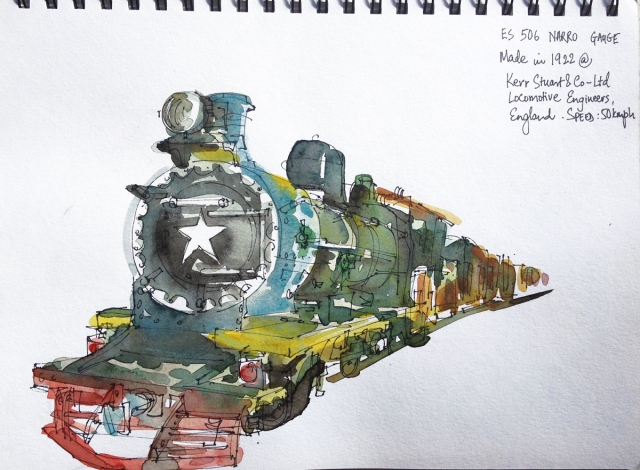 I just HAD to sketch this lovely old lady, so beautifully dressed in her fiery orange and green Kanjivaram silk sari with it’s gold zari border. She had on thick gold bangles, earrings and a nose ring. As my mother would say, ” In real 22 carat gold, not your American gold.” 🙂 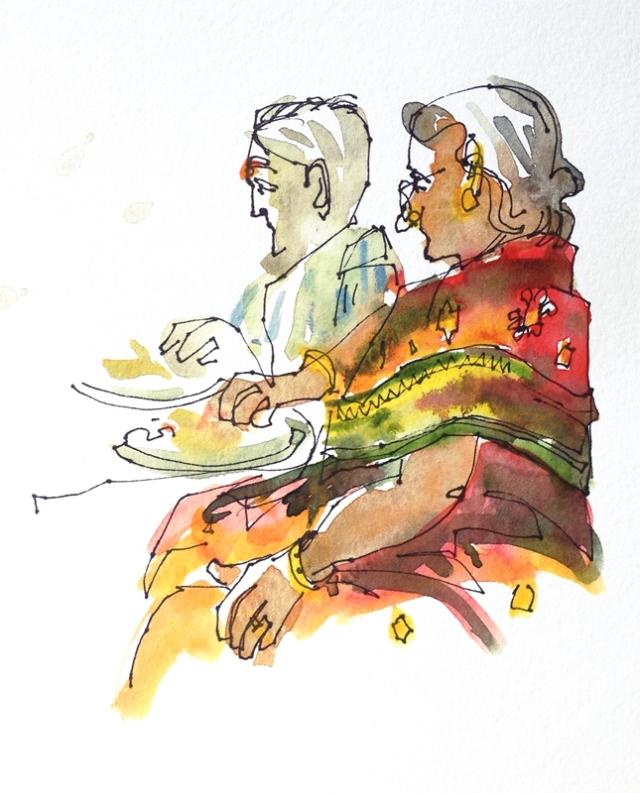 And finally, a sketch of the promised Mysore Bonda. At the Dasaprakash Restaurant, Mysore.

Next: a quick stopover at Chennai. And the full set of my sketches from India is being uploaded into this flickr set.

15 Responses to My many Indias. Part 2: Mysore