Posted on August 8, 2012 by Suhita Shirodkar

The first thing that struck me about Seattle this time around ( I was there almost 2 years ago, was I not looking?) was HOW MUCH public art there is everywhere.  Here are a few sketches of some pieces that caught my eye.

Calder’s Eagle at the Olympic Sculpture Park. Captured on a lovely Sunday morning of sketching with Gail Wong. It is fun to sketch with a fellow urban sketcher. Thanks for a lovely morning, Gail! 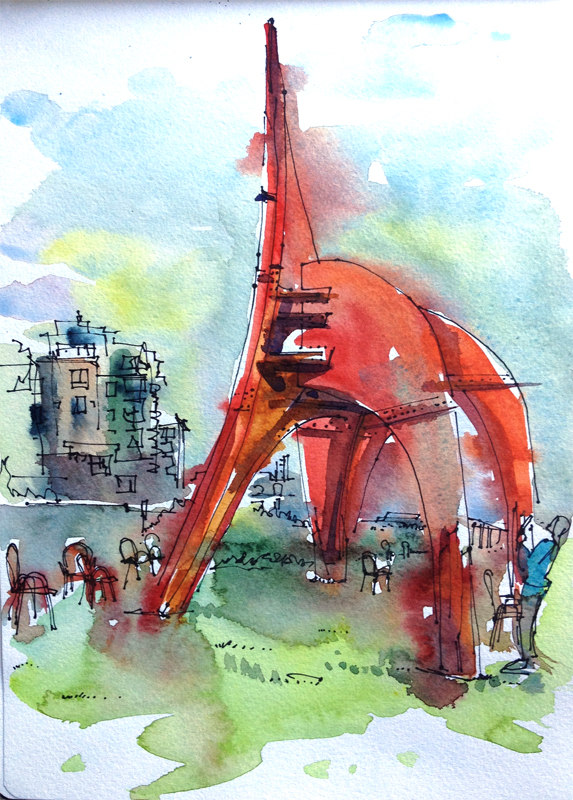 So glad Gail suggested we sketch Serra’s ‘Wake’ next. At first glance, it was a set of imposing, undulating walls, but then the spaces in between started to speak and colors appeared where I saw just big metal walls at first…

Liberman’s ‘Olympic Iliad’ at the Seattle Center. A mad mass of of huge orange-red tubes that cast strange shadows on each other. And the ever-present Seattle Needle (more on my obsession with the Needle in another post) looming in the background.

And another piece from the Seattle Center: a large totem pole totem pole carved in honor of slain woodcarver John T. Williams

A late addition: Chihuly. What fascinated me most was how beautifully the gardens were planted: how the plants and vegetation were chosen to reflect the forms, shapes and color of the pieces. 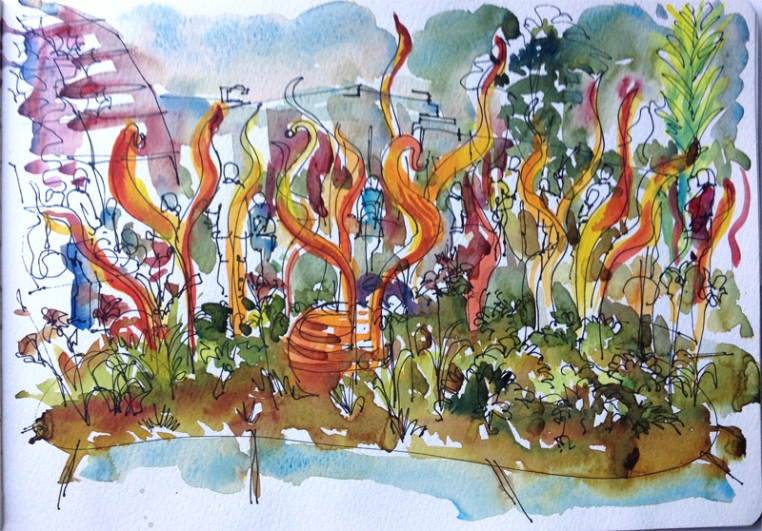 You can see more sketches from Seattle here on my flickr stream.

4 Responses to Sculpture in Seattle